We previously noted in May that the Department of Homeland Security (DHS) and U.S. Immigration and Customs Enforcement (ICE) had extended the flexibility policy in complying with requirements related to Form I-9’s section 2 (in-person employment eligibility verification) due to COVID-19.

UPDATE: Because of ongoing COVID-19 precautions, it has been announced that remote I-9 document review has been extended for another 30 days; the original exemption was set to expire June 18, 2020.

Once normal operations resume, employers must inspect documents in person and note “COVID-19” as the reason for the delay in the section’s “additional information” field, as well as “documents physically examined” with the date of inspection to that field or Section 3 as appropriate, per ICE guidelines.

Please also keep in mind that this exception is only available to employers/workplaces currently operating remotely. If there are employees physically present at a work location, no I-9 exceptions are currently implemented. 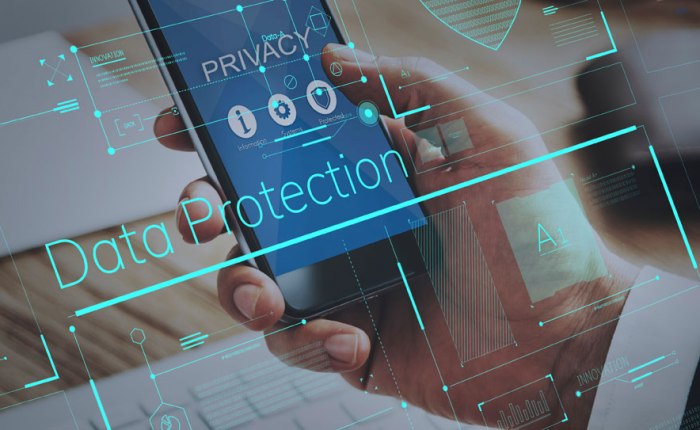 That’s right, Europe’s General Data Protection Regulation (GDPR) just turned two years old. Seems like just yesterday this new legislation was the hot topic, and organizations were spending big dollars and months of development resources to ensure they were in compliance. Many were sure these new data privacy regulations would trigger millions of dollars in big fines, and even jeopardize the existence of some companies doing business online.

Fast forward two years, and there’s a lot of online discussion about what exactly GDPR has done for data privacy and the way companies look at their own roles in protecting consumer information. We haven’t seen the level of immense fines everyone anticipated, but GDPR has done much to elevate overall focus on compliance.

Consumers have greater awareness of how their information is used/shared

It’s been a long and slowly increasing trend, but consumer awareness about data privacy is gaining momentum. GDPR has helped by further bringing to light the way businesses gather personal information, the types of information they gather, and the rights consumers have over the protection of that data. In turn, companies doing business under GDPR are forced to handle that data with greater focus on compliance, including improved security controls and even adherence to guidelines that dictate how a company may use consumer data.

And yes, online consumers are also probably seeing a lot more website cookie messages these days. These messages aren’t the “be all, end all” of consumer education, but they are ongoing reminders to be increasingly aware of online privacy measures.

Other countries are aligning with GDPR legislation

By now, you’ve no doubt heard that many countries, states, and local governments are now aligning upcoming privacy laws with GDPR regulations. Here in the U.S., there is movement to further address data privacy at the federal level, and California’s new privacy law, the California Consumer Privacy Act (CCPA) became effective on January 1, 2020.

While the U.S., Brazil, and other countries working toward nationwide privacy laws aren’t necessarily developing mirror images of GDPR, they are working with the same general data privacy principles in mind.

Compliance with data law isn’t an option. Enforcement of privacy laws such as GDPR require companies to keep comprehensive compliance policies and procedures in place—and of equal importance, they must regularly review and improve upon those policies to remain current and compliant. Be it GDPR, CCPA, or perhaps even local law enacted in the future, companies have had to, and will need to continue their focus on data privacy and consumer education.

So, GDPR may only be two years old, but its impact is already proving to be far reaching and important legislation for both companies and consumers.

Heroes Act Amendment Awaits Consideration in the Senate
The Heroes Act includes a provision which would place a temporary moratorium on the ability of consumer reporting agencies (CRAs) to furnish certain adverse information during major disasters, including during COVID-19. Section 110401 of the Heroes Act would amend the Fair Credit Reporting Act (FCRA) by adding, “No person may furnish any adverse item of information (except information related to a felony criminal conviction) relating to a consumer that was the result of any action or inaction that occurred during a covered period.”  A covered period could refer to COVID-19 and/or any major disaster or health emergency.
READ MORE

Brazil: New Privacy Law Enforcement Likely Postponed in Response to COVID-19
Brazil’s General Data Protection Law (aka, the Lei Geral de Proteção de Dados and referred to as the “LGPD” in the Portuguese acronym) appeared ready to go into effect in August 2020. However, as Brazil has recently become a COVID-19 hot spot, on April 3, 2020, the Brazilian Senate approved Bill No. 1179/2020. This emergency measure postpones the effective date for the LGPD to January 2021, with sanctions and penalties enforceable only after August 2021.
READ MORE

Maryland: Employers, Get Ready for New Employment Laws
Several new bills, including ones that prohibit use of facial recognition technology, wage history inquires, hairstyle discrimination, and revisions to the state’s mini-WARN act, recently became law when the deadline for their enactment passed without Governor Larry Hogan’s veto.  These laws will take effect beginning October 1, 2020.
READ MORE

Montana: Statewide Signature Drive for Marijuana Ballot Initiative
Montana’s Cannabis Legalization Campaign launched a signature drive—with careful attention to COVID-19 social distancing—to drive legislation toward a vote for cannabis legalization later this year, including the establishment of a system to regulate and tax cannabis for adult use, and authorization to set Montana’s legal age for marijuana consumption at 21.
READ MORE

Minnesota: Legislation is Being Introduced to Legalize Marijuana
As states begin to move forward again amid the COVID-19 health emergency, Minnesota House Majority Leader Ryan Winkler is introducing what he called “the best legalization bill in the country.” If passed as written, the bill would allow Minnesota adults 21 and older to possess and transport up to 1.5 ounces of marijuana (and 8 grams of cannabis concentrates) in public places and keep up to 10 pounds at their private residence. Adults could grow up to eight marijuana plants at home, up to four of which could be mature, flowering plants. Gifting small amounts to other adults would also be legal.
READ MORE

Rochester, NY: Legislation is Being Considered to Stop Drug Testing Applicants
City Council is considering legislation that would drop pre-employment drug testing for THC (tetrahydrocannabinol), a compound found in marijuana. Exceptions would include those applying for public safety positions. Monroe County continues to screen for THC during pre-employment drug testing but these policies will be reviewed at some point given the shifting regulations nationally, and the potential legalization of marijuana in New York state.
READ MORE

AS A REMINDER: At A-Check, we’re happy to help implement a drug screening program that meets your evolving needs—or make adjustments to the program you’re already running with us. Just give us a call at 877-345-2021 and ask to speak with someone on your Client Relations team.

Suffolk County, New York: Ban the Box Legislation Passes
Suffolk County soon will follow the trend of other state and local governments enacting “ban the box” legislation. The Suffolk County, New York, Legislature has passed the “Fair Employment Screening Amendment,” prohibiting the County or any other employer having at least 15 employees from asking job applicants about their prior criminal convictions until after the first interview. The Amendment will go into effect on August 25, 2020.
READ MORE

Philadelphia: Employer Questions About Applicant’s Wage History Now Prohibited
Philadelphia was the first city to pass a law to ban employers from asking about the wage history of job applicants in 2018. Now that a federal court’s injunction has been lifted, the law is in effect as of May 8, 2020. Employers or employment agencies may not inquire about a prospective employee’s wage history, require disclosure of wage history, or condition employment or consideration for an interview on the disclosure of an applicant’s wage history. The law also prohibits retaliation against a prospective employee for failing to comply with any wage history inquiry.
READ MORE